A writer, with a pea-sized head, from Toronto...

You can show your thanks by sharing my story with others. Can you use these buttons to spread the word?
tags: interview exoplanets astrobiology aliens physics Gregor Vingar 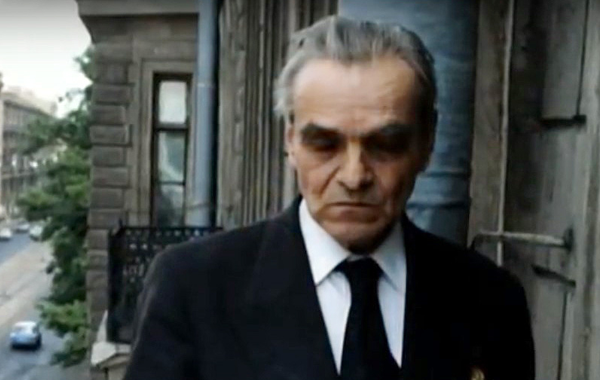 PROLOGUE
Dr. Gregor M. Vingar is a respected physicist and astrobiologist currently working at Arizona State University. This distinguished scientist has published over 500 scientific papers, and holds PhDs in physics as well as chemistry.

Matt Garvin - Dr. Vingar, it is an honor to speak with you. I sincerely appreciate you taking the time to do this.

Gregor M. Vingar - You are quite welcome.

Ok, let's jump right in. Dr. Vingar, do you believe intelligent life exists somewhere beyond the planet Earth?
Absolutely. I have no doubt whatsoever. Look, it is now estimated there are 1 septillion stars in the universe. That is a 1 followed by 24 zeroes, as in: 1,000,000,000,000, 000,000,000,000. We are finding most stars, on average, have at least one planet orbiting them. Even if life is exceptionally rare, that is just too many opportunities for it to not exist elsewhere.
Do you think where life exists, it naturally follows that it will become intelligent, given enough time.
We have no idea. All we know is what happened on Earth, but that is too small of a sample size to draw any conclusions. But again, based on sheer numbers, even if life is exceedingly rare, and intelligent life developing from those rare instances that have primitive life is also rare, well, given enough time, that still means the universe will be teeming with intelligent life. It is the whole "1 septillion stars thing" again. If even simple life is 1 in a million, and intelligent life is 1 in a million of those 1 in a millions, that still means a huge number of times there will be intelligent life. An "astronomical" number, if you will pardon the pun.
Is it likely that there exists intelligent life far more advanced than our own? Don't you think intelligent life is likely to blow itself up, like we are in danger of doing with nuclear weapons? Or to poison their environment so much they go extinct, again, like we are in danger of doing?
Yes, there exists intelligent life more advanced than our own. It is common, I believe. Probably most intelligent life will be much more advanced than we are. Our universe is almost 14 billion years old. Our own solar system is only 4.5 billion years old. That means that there will be some intelligent life -- let's call them what they are, aliens! -- that will have a head start on us in the range of billions of years.

Will they blow themselves up, or destroy their own environment? Well, it is impossible to say how likely it is that intelligent life tends to destroy itself. Again, we are a sample size of one, and we don't even know what our own future holds. We may get our act together, yet! Let's hope. (We both laugh.) But again, because of the huge number of opportunities for intelligent life, even if only 1 in a million advanced civilizations do not self-extinct, that still means many, many alien civilizations will still exist that are much more advanced than we are. Again: There are a septillion stars...

Furthermore, what if some aliens evolve faster, and life took hold wherever they originated, sooner? What if the aliens themselves are predisposed for greater intellect? No doubt, with so many stars and so many planets, there will be intelligent life less advanced than us, similar to us, and more advanced than us. There will be lots of intelligent life, at different stages.
If that is so, then why can't we see any evidence of it?
There is a lot of evidence of it, right here on Earth. It is very obvious that we are being visited by an advanced civilization, but there has been a concerted effort to cover it up, which still continues. Aside from credible people saying this is the case, with insider knowledge, there is compelling military recordings of physical objects doing things way beyond our technology, both in the air and underwater. I am sure you are aware that the Pentagon released a paper in June of this year confirming that there is footage of real physical objects, often recorded with multiple sensors, of unknown origin, maneuvering in ways many orders of magnitude beyond our own capabilities.

As for why we can't see other examples of life, further out it space, that may be for many reasons. Our own technology is probably too primitive to detect alien life. We aren't looking for the right things, and in the right ways. And the distances are so vast. Aside from that, very advanced civilizations may have decided it is best to avoid being detected, and might be using their more advanced technology to effectively hide. (It is possible that the ones that do get detected get "swallowed up" by the even bigger fish that have the superior tech. Who knows?)
I am very surprised you believe that we are being visited by aliens. Do you really have two PhDs? Just kidding. (We both laugh.) But seriously, how could aliens be visiting us when they would have to travel such great distances to get here? Using our own technology, it would take many, many thousands of years for us to even get close to our nearest star? (Besides our sun, of course.)
As I mentioned earlier, there are likely aliens out there with technology millions or even billions of years more advanced than our own. Think of how much humans have advanced in 1000 years. Or even 100 years. In 1903 the Wright brothers flew the first airplane at Kitty Hawk in North Carolina. It was airborne for a few seconds. By 1969 humans had landed on the moon. That exponential increase in technology occured in 66 years. Imagine where humans could be in 1000 years, or in millions of years. At some point we will be God-like in our capabilities, given enough time, if we don't become extinct. We may discover how to implement faster than light travel, or teleportation, or how to travel through wormholes, or... who knows what?

So, yes, using present day technology, we can't readily visit other solar systems. But any aliens that are visiting us, and as I said, I believe there is evidence that this is happening now and has for some time, well, they sure as heck aren't using technology like ours. They are using the kind of tech we ourselves may develop in thousands or millions or even billions of years.
Let's say it is true, aliens are visiting us... Why? Why would they even bother? Are we really that interesting?
I can't intelligently speculate on what motivates them. They would have to be so much more advanced than we are, it is like a slug or an ant trying to understand what motivates humans. In fact, the difference may be more stark than that. That said, humans do take an interest in our surroundings, and we do study things around us, both living and non-living. Perhaps this desire to catalogue and build knowledge is part of being truly intelligent, and all of most advanced civilizations will have this trait? For humans... one moment... Good Heavens! (At this point his camera suddenly shifted, and ended up being pointed at the ceiling, and there was some odd commotion for several seconds before the Zoom call ended, abruptly.)

AFTERWORD
This is only half of my interview with Dr. Gregor Vingar, but it ended at this point because of an unexpected interruption by his Siamese cat. We spoke again and made a Part 2, which I can assure you is equally thought provoking, but it was done through email only. (Dr. Vingar said his webcam was damaged during the "Cat Incident.") There are not many respected scholars willing to make themselves vulnerable by stating categorically that they believe that aliens are visiting us, so I am really impressed that Dr. Vingar is willing to put himself out there. Also, confession time: There may not be a real Dr. Gregor M. Vingar. It is even conceivable he was conceived, by me, whole cloth. However, there is a real Arizona State University. So, does that mean this interview is filled with half-truths? You can decide that one for yourself. But, in my mind I think the Doctor makes some good points, and I find them very much aligned with my own views on the matter.

This content is ©2021 by Matt Garvin. Other samples of his work can be found at www.mattgarvin.com.
Please comment on this story. I like feedback, whether it is good, bad, or totally off-the-wall. Surprise me!