A writer, with a pea-sized head, from Toronto...

I need to ask something...

You can show your thanks by sharing my story with others. Can you use these buttons to spread the word?
tags: stars yellow dwarf Betelguese Mizar

Now that you have some background about the stars in general, let's call attention to some specific stars (and star-systems) that are especially interesting; some "superstars," if you will. Again, these stars and star-systems can all be seen with the naked eye. To help walk-through some of these interesting superstars, let's start with a home base of The Big Dipper. (If you haven't read Lauding the Stars: Part 1, I would start there for a background on stars in general. Also, at the end of this article is a picture with all of the stars mentioned below in one image, to help you find them in the night sky.) 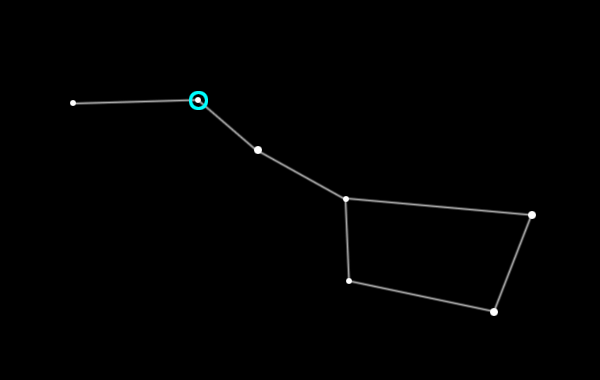 The blue circle indicates Mizar and Alcor, located in the handle of the Big Dipper. (At this resolution they appear as a single star.)

Mizar and Alcor are two superstars that form part of the handle in the Big Dipper. Together they are a "naked eye double", meaning they appear to the unaided eye to be a binary star system. (As mentioned earlier, many multi-star systems appear as single stars without some sort of optical aid.) Mizar is the second star from the end of the Big Dipper's handle, and if you look really closely and have good eyesight, you can make out Alcor, its fainter companion. Until telescopes were invented, all humans saw in this star-system was Mizar and Alcor. However, over the last few hundred years, with continuous improvements to optical technology, we have been able to peer closer and closer at this star-system and continue to find fainter stars associated with both. (The last star discovered and added to the mix happened as recently as 2009.) We now believe Mizar is a quadruple star system, and Alcor is a binary, meaning the whole shebang is actually a sextuple star-system! All of the stars that are part of this sextuplet are blue-white ones, which is quite common in our part of the Milky Way. 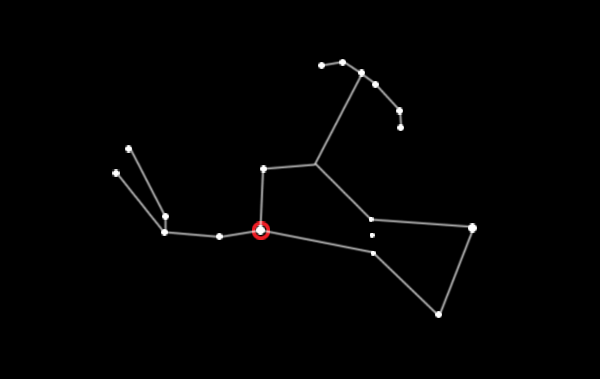 The red circle indicates Betelguese, located in the back shoulder of the constellation Orion.

Not far from the Big Dipper is the star Betelguese, a Red Supergiant which appears as the second-brightest star in the constellation Orion. (Follow along the bottom of the Big Dipper's "scoop" to find it.) Betelguese is one of the largest stars we can see with our eyes alone, and is almost 1000 times the size of the Sun. When a star begins life especially massive, like Betelguese, it has a short lifespan and goes out with a bang, in the form of a supernova explosion. Supernovae are the most violent events in the known universe, and result in that star ultimately collapsing down into a neutron star, or a black hole. Betelguese is expected to go supernova anytime between now and the next 100,000 years. When it happens, Betelguese might be one of the brightest objects in the sky for a few weeks, and possibly even viewable during daytime. This is what happened when the Kepler Supernova went off in 1604; it was visible during the daytime for several weeks¹.

Like all Supergiants, Betelguese is young, relatively speaking. It was only born 10 million years ago, so it came into being after the great apes had evolved here on earth. Since humans are great apes, it is possible that early humans noticed that a new star was born, which appeared brighter than most, and with a red lilt. Betelquese is somewhere between 500–600 light-years from us; not close to the naked eye limit of what we can see². This relatively close proximity combined with Betelquese's size is what makes it so bright in our night sky. 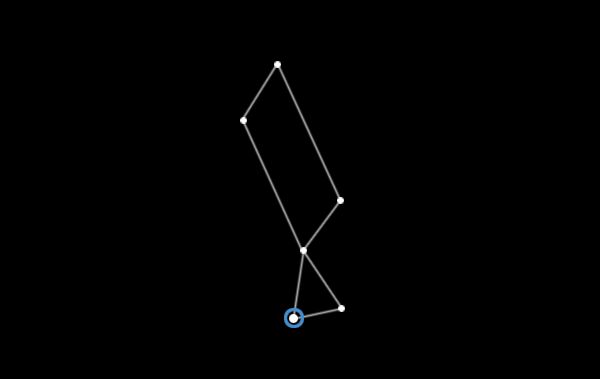 The blue circle indicates Vega, the brightest star in the constellation Lyra.

Above the scoop of the Big Dipper is Vega, the most studied star in the night sky. Vega is the brightest star in the northern part of constellation Lyra, and the fifth-brightest star in the entire night sky. It is a blue-white star, twice as massive as our sun, and only about 25 light years away, which explains why it appears so luminous to us. In the movie "Contact," based on a book written by astronomer Carl Sagan, Vega was the star that had a planet with highly evolved alien life on it. Roughly 14,000 years ago, Vega was our North Star, not Polaris, as is the case today. In approximately 10,000 more years, Vega will again become our North Star. This shifting in and out is because of the slowly changing orientation of the Earth's axis, which follows a 25,000 year cycle³. In 1850, Vega became the first star, not including our sun, to be photographed. A couple decades later, in the early 1880s, Vega became the first star to have its spectrum recorded. The spectrum of a star can reveal many properties including: chemical composition, temperature, density, mass, distance and luminosity. At each technological advance in astronomy, Vega has been front-and-center, which contributes to it being mentioned more than any other star in scientifc papers.

As was mentioned earlier, there are a handful of sun-like stars that are viewable with the eyes alone. Because Yellow Dwarfs are not very massive, they can't be seen from more than 30 or so light years away from us. The closest two are part of Alpha Centauri star-system, Alpha Centauri A and Alpha Centauri B, though to the eye they both resolve as a single point of light. You need to be in the southern hemisphere to see this star-system. But if you are in the northern hemisphere you may be able to see Tau Ceti, which is the closest single Yellow Dwarf to our own sun at just under 12 light years away. To spot it, from the Big Dipper, follow the bottom of the scoop to Betelguese, and then keep sweeping towards where Betelguese's shield is "pointing". That is where you will spot Tau Ceti, which is part of the constellation Cetus. (Admittedly, Tau Ceti is not a bright star, and Cetus not a well-known constellation, so it will not be as easily located as the other stars mentioned earlier.) 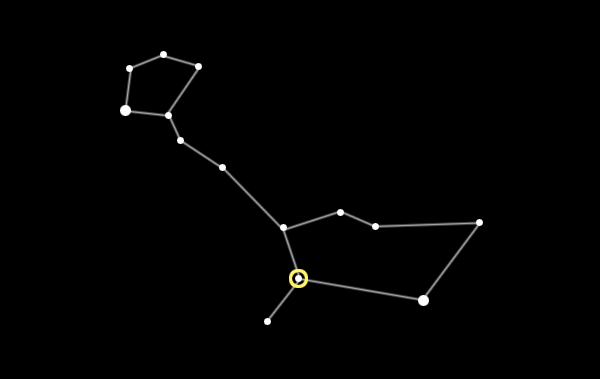 The yellow circle indicates Tau Ceti, which appears where the back flipper is in the constellation Cetus (which is a Sea Monster).

Sun-like stars are of particular interest because they have the greatest likelihood of possessing orbiting planets that could contain life. In astronomy, this is the "Goldilocks Zone" where liquid water exists, which is a requirement for life as we know it. As of this writing, Tau Ceti is believed to have at least two planets in the Goldilocks Zone. It is interesting to imagine aliens on a planet orbiting Tau Ceti, and looking upon a night sky where our own sun, Sol, can be seen, among the thousands of other stars; they watch us as we watch them. But Tau Ceti is believed to be about 1 billion years older than our own sun, which means life in that solar system could be much, much more advanced than we are on earth. So if aliens exist there, let's hope they are friendly! 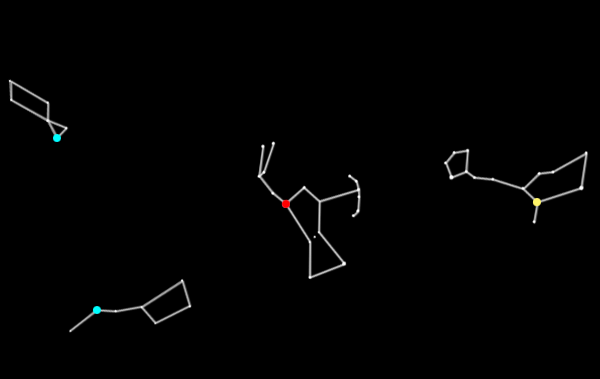 All of the superstars are here in (approximate) positions relative to each other. (Blue dots are Vega, Mizar/Alcor, Red is Betelguese, and Yellow is Tau Ceti.)

If you weren't previously aware, now you know what stars are, and some of the science behind these far-off flecks of light. What we see in the night sky is skewed in favor of the biggest and brightest and the closest, but in every star that we can see, there is a story to be told, and a reason for why they appear to us as they do. By understanding what stars are scientifically, we enhance our ability to appreciate the night sky, on a deeper and more meaningful level.

FOOTNOTES
- END OF ARTICLE -
< Prev Chapter / Next Chapter >
This writing above is from the article "Lauding the Stars." It is a two-part article dedicated to my love of starry nights.
Want to read about what motivated me to write this article? Check out: "About 'Lauding the Stars'"
Please comment on this story. I like feedback, whether it is good, bad, or totally off-the-wall. Surprise me!